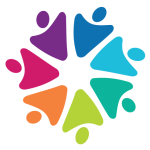 When it comes to things I know, I have some amount of competency in various fields. I’m well-versed in subjects related to education and psychology. I know a fair amount about art and culture. I’m a technophile with a penchant for ruminating on our interactions with technology.

That said, there are many more things I simply know very little about. If someone asks me to help them sell something, I’ll have to fess up and explain to them that I’m a very poor salesman. I don’t know how to it, and I frankly don’t have much interest in it. Similarly, while I can sort my way through qualitative research and assessments, I’m a far cry from being any sort of true statistician.

I could say the same about many other subjects for which I simply have very little knowledge. I understand and recognize these limitations. So what do I do if I have questions pertaining to finances? I visit the bank. That’s their job after all. It’s their expertise. If ever I find myself in need of surgery, I would hope to have access to a well-trained surgeon. In short, I rely on experts to know about important things that I don’t understand very well.

In recent years, we seem to have developed a culture that struggles with admitting such limitations. In matters of education, my grandparents would have listened to my teachers and whatever they had to say about me or my continued growth. Nowadays, many teachers are faced with parents who know nothing about education but who somehow feel they do — people who mistake opinion for knowledge.

This is an important shift, and it’s far from limited to education. Doctors find themselves increasingly working with patients who resort to getting second opinions — or even first opinions — from Dr. Google. Climate scientists the world over have been engaged in a Sisyphean battle with policymakers and corporate executives who know nothing about the environmental impact of human endeavours.

To adopt more modern parlance—we live in an increasingly post-truth world, where people seem to be very willing to go to bat over issues they barely understand. All too often, belief is trumping facts.

Why is that? I imagine there are a slew of reasons. We’re inundated with information via the internet, and this is only exacerbated by the tremendous impact of social media as purveyors of some intersection between bad information and pure fiction. We also have a tremendous fear of the words: I don’t know.

So what does this mean for our youth?

Well, part of that depends on what side of the fence you’re on. As someone who understands the words “I don’t know” are the precursors to the sum of all human knowledge, I happen to think humility is very important. I also believe this is a fundamental truth we should be teaching our youth.

Granted, I would never advocate for blind acceptance of facts and ideas. In a world that is constantly shifting beneath our feet at ever-increasing speeds, the ability to think critically is far more important now than ever before. Our children need to learn to discern between fact and fiction at orders of magnitude greater than during my own childhood and teenage years. They must learn to use critical thought as a navigation tool for an ever-expanding universe of information.

And still, there needs to be room for humility. And if this world is predisposed to dismiss the opinion of experts, it falls to us as educators, as parents, and as adults to instill the importance of humility in our children. To me, this skill is just as important and fundamental as any other true life lesson.

Sure, it’s great to be right, but at the end of the day, it’s probably more important to accept when we’re wrong. Because if we want our youth to learn and grow and be all they can be, that’s where the magic really happens.